In this course, Guide to Coming Out, humans will be able to create a plan of action for revealing their truth to those they care about. 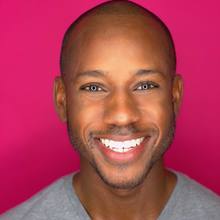 Asa Leveaux grew up with a burning desire for knowledge. Born and raised in Oklahoma City, Asa grew up the oldest of five siblings. His role as eldest sibling catapulted him to leadership roles within his family dynamic making it easy for him to continue to lead throughout his academic career. With multiple degrees, an AS in Liberal Studies, a BA in Administrative Leadership, and certification in Behavioral Health Rehabilitation, Asa’s path was clear.His expertise in business development through an extensive study of coaching technologies, philosophies, and various profile assessment tools. Asa has coached and mentored actors, singers, and others in the entertainment business, fitness, health, and wellness professionals, entrepreneurs, business professionals, and more. He has also been a professional speaker for many organizations that reach out to the disenfranchised, including youth and people trying to re-enter the workforce. Asa founded Genius Academy™ which promotes personal success through the implementation of key strategies that are encouraged through inspiration and tactical execution. Genius Academy™ is a resource and network for individuals who as entrepreneurs main goal is seeing their ideas through from fruition to success. Leveaux has written bestselling books on a number of topics including “I Am Man Enough: 365 Affirmations for Men” and “I Am Woman Enough: 365 Affirmations for Women” which encourages daily with notes, quotes and stories that help women and men put their lives into perspective. Asa leverages his unparalleled skillset to propel his own success as well as the growth of his colleagues and clients.
Enroll Free